An idea of cushioning the impacts of track irregularities for means of transport is much older than car creation. There is a record of features similar to suspension systems already used in the Roman Empire to preserve two-wheeled cars. The same is true of 18th century French carriages. Today, sophisticated equipment technology and the automotive market offer alternatives according to car model and driver preference.

According to Lucas Passos Costa, Aethra Suspension Platform manager, there are milestones of technological evolution that have considerably impacted or the performance of the parts that make up the suspension system. "We have been able to reduce weight and size and extend fatigue life (wear time) by using third generation segments. This was certainly a watershed in the market. "

The system needs parts that match harmonically so that the set meets its need. Shock absorbers, springs, stabilizer bar and control arm - popularly known as swing arm, fan or tray - are some of its components.

Vehicles are made up of a series of independent systems, each with a well-defined purpose to ensure the car's good performance. Few are as versatile as suspension, directly responsible for the comfort and safety of vehicle occupants. Technological evolution has strongly impacted this set of elements, which had to keep up with the development of engine power, mainly to give more stability in curves, since it uses higher speed than before.

- Rigid Axle - Also called rigid suspension due to total dependence between wheels. A rigid axle connects the two wheel hubs to each other and, because the wheels are not articulated in the chassis, when passing over any irregularity, they transfer their movements to the axle, and thus to the other wheel.

- Independent Suspension - As its name implies, it allows the wheels to move individually, improving performance on track irregularities. Can be applied to both front and rear axle. Within this category we have the following models:

* Multilink - Composed of two triangles and up to five arms. This allows greater freedom for positioning, allowing for multiple movement in different directions and better grip of the tires with the track.

* McPherson - Composed of a shock absorber, spring and swingarm arm. Because it is made up of few parts, it is lighter and has a good movement.

*Double Wishbone - Two arms (upper and lower) support the wheels. The pieces form the letter "V", resembling a triangle. The system tracks changes in vehicle alignment and position at high speeds. It is the most used for sports cars, because it has good performance in control and stability. 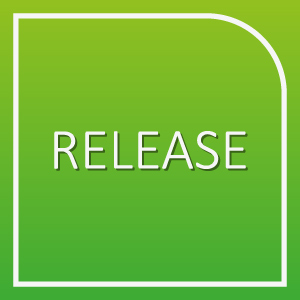